Welcome new subscribers in particular those that have taken interest in my new project Serverless Hashgraph, but more on that later.

If you'd want the link to the docs, here you go! And for a little minor flex, the project made it on the official community documentation on Hedera. The docs are open source so it was just a fork then a Pull Request 🤣.

For the Postman API documentation devil toads out there... 🔥

It is currently in softish-beta, you may run a client but you need to make sure that you use the testnet credentials from hedera but you'll likely be able to set your environment in the coming days.

Actually, the project made it into their boost program, so hopefully, it will garner some more attention.

Before we continue, in July achieved 13/46 in a global freestyle skateboarding video contest – take a look at the commentary for my run. 🎉

My (brief) journey in crypto-land.

I've worked with blockchain technology in various forms since mid-2017. My first engagement, which was shortlived was with Blockmason. I helped them build their initial Lndr app using their Credit Protocol and a bespoke Telegram bot framework.

Unfortunately without tarnishing their reputation the way they handled my employment exit left a bad taste in my mouth and with all things considered my attitude was far more naive. I admit that I was out of my depth and communication was a challenge.

As some of you know during that time crypto-mania hit the masses, the end of 2017. Bitcoin was worth over $20,000, Ethereum spiked to over $1,300, and crypto was front and center in the public eye.

This mania had its roots from the bitcoin halving event from July 2016.

In early 2018 I joined Simpleweb Block, a spin-off agency of Simpleweb with a focus on decentralised technologies. One of my favorite years of my development career was working with Block, it opened my eyes to actually working with an onsite team and travel to meet with the team, being part of the energy and dynamic.

Finding Simpleweb Block and working with them was a challenge, I didn't have a network at the time I could contact as I dropped all my side projects and my previous role to jump to Blockmason. It was a tough 2 months to find a job.

Since then after working with Simpleweb all my current opportunities have been rooted in the relationships I developed there.

We focused on a number of different projects some of which used the Stellar Network including TapMyData and Dovetail.

Our main client and part-owner were DOVU, we researched and built a sidechain with oracles to allow for seamless bi-directional transfer of assets from mainnet. We actually developed a lot of novel technology, we assumed was normal in the industry, when later on similar technology was considered groundbreaking. 😭

I originally first came across Swirlds the technological parent of Hedera in 2018, and tested their Java SDK to explore a proof of concept timestamp mechanism.

After Block, I transferred over to DOVU as a senior developer, and to say that the journey has not had its ups and downs, being a complete rollercoaster is not painting a clear enough picture.

I'm still at DOVU to this day and have grown to recently become their CTO. We've pivoted our focus into tracking real-life events and rewarding carbon positive behavior with tokens.

Overall my decentralised journey so far has been enjoyable, it has been really beneficial to be at the intersection of the dreamers, marketing, developers, and seeing the mania.

I feel somewhat privileged to have an awareness of this industry, the technical constraints, and seeing the speculative madness of "investors" trying to make the right personal decisions they can to make their life better.

Many of which are so deep in the weeds it becomes nearly difficult to see the wood from the trees. Technological tribalism, even to this day is rife.

One personal gripe I have in particular is that the claim that Blockchain or decentralised solutions solve the problem of commercial trust. As in order to have a business relationship, let alone any relationship we need to trust the other party to deliver on their promises.

Why do we trust a brand?

Think about it why do you trust Paypal when you send money to a friend, it is a question that we don't think about, it just works.

We know that as historical a transfer has worked, we believe that every future transaction will work. You have friends that have used Paypal, the social proof and it naturally evolves to become part of your social groups vernacular.

Trusting a company, a brand in the traditional sense is paramount and vital to building up a base of real paying customers.

To get to this point takes time, to become a household name takes a lot of money, in many cases tens or hundreds of millions of dollars.

From the perspective of a small startup with big dreams to change the world in a meaningful way this can be out of reach from purely a lack of runway and financial support.

Decentralised technology can provide a mechanism for publically displaying the intent of a decision. This is the primary reason that I find DLT and Blockchain fascinating.

With that said there isn't anything stopping anyone from submitting a transaction to a blockchain that contains falsified information but it can provide a mechanism for verifiable accountability. If a company makes a claim to be accountable for a particular action then backs out, this has the potential to cause brand harm.

So the question I ask myself, does a technology or solution have the potential to reduce the cost and the friction for a company to build something that is truly trustworthy?

I like the offering from Hedera, from the outside they are building "the trust layer of the internet" that anyone could plug into. The ball is in their court to develop a system, to gain the trust of the greater community, to grow their brand, and by enabling anyone to used that system any third party project will automatically inherit the benefits of social proof.

One such psychological challenge in the market will for the trust that Hedera develops in consumer markets needs to be decoupled from a given third party which utilises the technology, companies using hedera will be accountable.

Thankfully the governance model they employ is unique within the crypto space with a focus on building a council of top tier enterprise clients to steward the direction of the project.

The acid test, which I believe is the gateway into public adoption is what is the clearest way that such technology can be explained to a normal person and will it save significant money for businesses.

How about will it provide new experiences to a low-tech consumer, is it capable to make their lives easier?

Imagine where phones were 10 years ago, even where voice interfaces were, remember when the first iPhone was released, and how groundbreaking it felt to a consumer market.

The world and technology have been laser-focused on reducing the friction for consumers, ease of use and attention have been the pillars of modern-day business.

So what am I building?

I've teased you enough if you haven't read the docs yet.

I am making interacting with Hedera Hashgraph as simple as possible for developers that have projects in any language and want to get started integrating their code.

I'm building a Serverless REST API client for Hedera Hashgraph. To the vast majority of web developers consuming an HTTP API is dead simple and it connects to their regular workflow, it also makes testing a breeze.

A developer using the project will:

Most blockchain or crypto projects I have been a part of the biggest problems have always been cost, scale, and most importantly technical accessibility. In 2017/2018 in order to interact with many of these technologies their was always a barrier to entry, writing in solidity (the OG smart contract language), and installation of other tools.

With Javascript this included the truffle framework and Web3 libraries, documentation has always been an issue and different versions can change the API. It can be a challenge to work with.

At the end of the day, not every developer knows how to deploy a docker container, let alone deal with any security implications for a serious DevOps deployment. Combined with cryptocurrency and the risk of losing real money a lot of care and thought needs to be taken before making any serious technical decisions for production.

To make it as easy and simple for any developer of any level to safely get started.

I'm looking forward to the serverless REST API being used in the wild and would love to see what projects will be created. I have my own personal wish list that I will be making prototypes, in due time.

Why does this matter now?

It almost feels like everyone has been talking about COVID-19, remote work, and redundancies so I rather not beat a dead horse anymore but...

Behind closed doors costs have been aggressively cut, the damage of the recession is trying to be minimised, that we are currently experiencing. Capital and free cash preservation are key. Angels and investors are being tighter fisted with investment, many companies being recommended to enter cockroach mode to simply survive.

For developers, especially remote-focused developers it has become significantly harder to find a new role due to the increase of supply. In my opinion, it is likely that many individuals may need to reduce their salary expectations in order to secure a role for the next 12-18 months.

When a workforce in a fast-paced startup is being cut by 30-50% priorities pivot, the mode switches to maintenance inside of a core team. Innovation is less of a focus.

During these next 18 months in order for cash-strapped companies to become involved with decentralised technology the barrier to entry needs to be reduced, risk needs to be as low as possible and costs need to be stable.

Enter, my contribution, Trust Enterprises as an attempt to solve this problem.

On a positive and purely speculative note, there could be an incoming Bullrun mid-late next year, I hope that this developer tool will help introduce some developers get started in this arena. 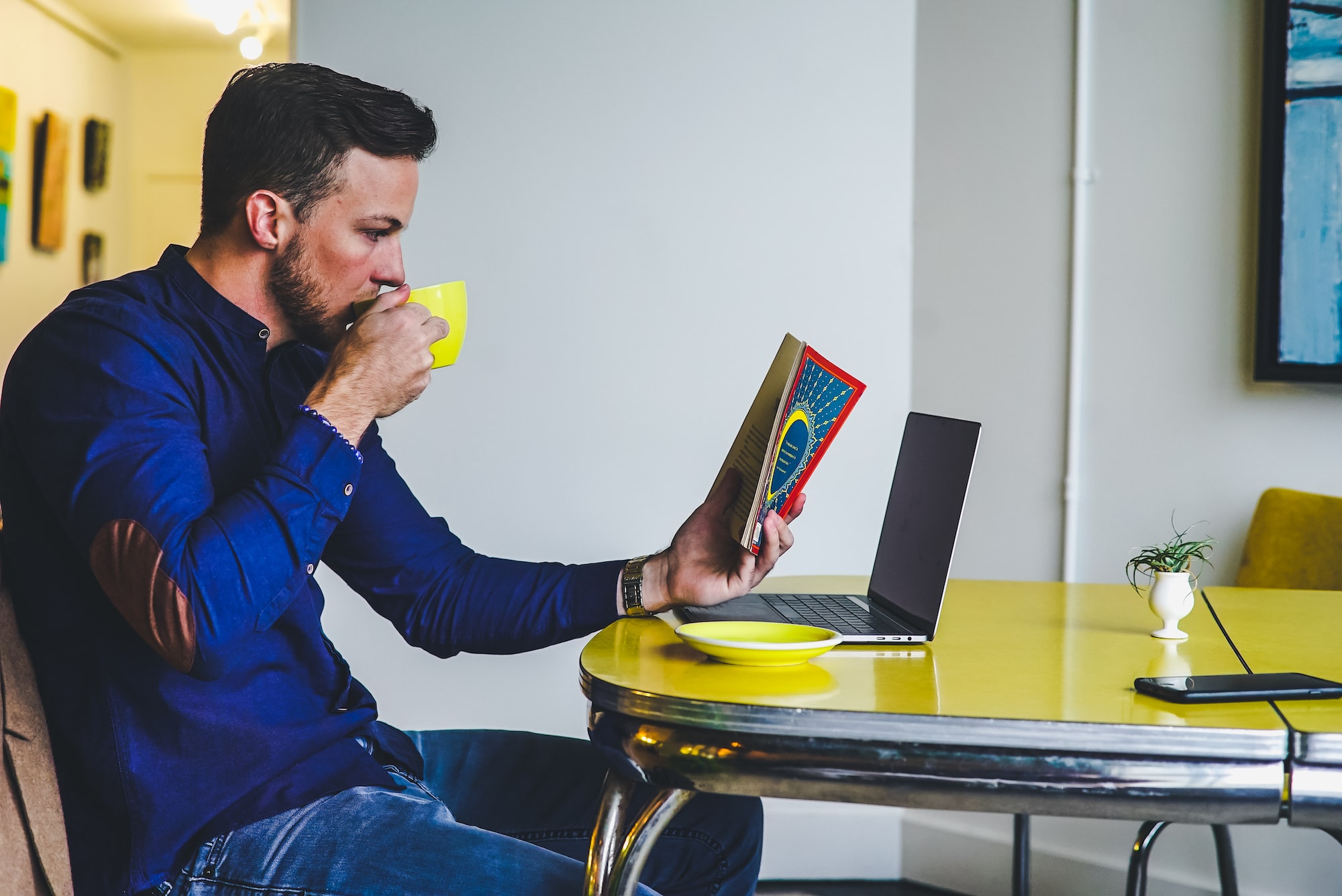 Get all of Laravel Daily's courses for free, its difficult to overstate how much value is in these courses.